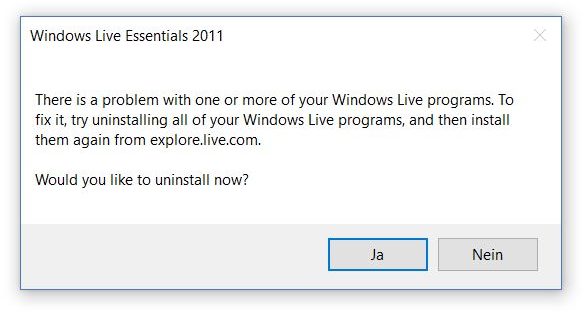 I recently tried to re-install Windows Live Essentials, but failed because the uninstall file wlarp.exe was corrupted. A quick Google research revealed that many other users had a similar problem. Microsoft even had a support page for this, but unfortunately the download link to wlarp.exe wasn't working anymore. After failing to find a reliable source

In Thucydides’ account of the Mytilenian debate, the citizens of Athens are discussing whether they should put to death all Mytilenian men and enslave all women and children. Mytilene, a former Athenian ally, had revolted against Athenian oppression but lost in a fight against the Athenian army. In a previous debate, the Athenians already decided

Schumpeter thinks of “18th Century” concepts of democracy (probably mostly pointing to Rousseau) as decision-making processes in which the people themselves decide on political issues by electing representatives who carry out the people’s will. While others (e.g. Michels) had already attacked the notion that rather the leaders but not the people ultimately decide on political

The notion of liberal democracy consists of two components- one, "democracy", referring to a political process, and the other, "liberal", referring to a political outcome. The argument that it is a contradictory notion lies in the fact that to presuppose or predefine politcal outcomes as liberal (consistent with liberal principles of individual autonomy, freedom from

Dahl starts with differentiating democracy against anarchism. He defines anarchism as basing on four assumptions (Dahl 1989, 39ff): No one is obligated to support a bad state. All states are coercive. Coercion is intrinsically bad. A society without a state is a feasible alternative to a society with a state. Following from the assumptions he

Democratic consolidation is understood as the process in which a new democracy becomes more established and less likely to return to a non-democratic regime. Examples of consolidated democracies are the United States, Germany and the United Kingdom. These democracies have well-established political systems. The most important features of the systems are specified in the states’

Max Weber: Max Weber describes legitimacy in terms of the citizens’ willingness to obey the commands of the rulers (“Legitimitätsglaube”). Weber defines three sources of legitimacy: (1) Tradition – the system has been there for a long time and is not questioned, (2) charisma of the leader and (3) legality (trust in the justness of

In his Blog The Conscience of a Liberal and in his weekly New York Times column, Paul Krugman shares his thoughts about the dilemma Greece faces as a result of its economic crisis. Briefly, Krugman detects four possible scenarios in response to the Greek crisis: Scenarios in which Greece will stick to the Euro a)

Cannot get other user media. API shut down by Instagram. Sorry. Display only your media.